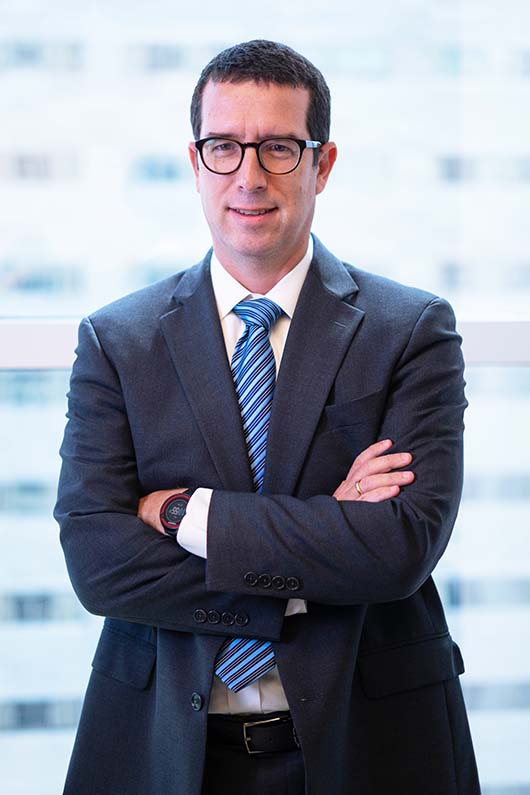 Mr. Escobar is a tax attorney with more than 20 years of experience. He focuses his legal practice on international tax matters and the organization of inbound and outbound investments for high-net worth individuals with a particular emphasis on the Latin American market.

Before becoming an attorney, Mr. Escobar was an expert in income taxation and delivered strategic and practical solutions, as well as consultations to families and corporate clientele across a wide range of industries.  Prior to joining Salcedo Attorneys at Law P.A., Mr. Escobar represented a large multinational law firm in their Venezuelan office.

Mr. Escobar has received significant recognition among his peers for his Venezuelan and international tax work (Chambers Latin America – Tax Venezuela 2011-2018; the International Who´s Who of Corporate Tax 2011-2017).    He has also taught courses on taxation at academic institutions in Venezuela at the Universidad Católica Andres Bello (2009-2014); the Universidad Metropolitana (2005); and the Professional Development Institute of Certified Public Accountants of the Capital District and State of Miranda (2005-2006).

Mr. Escobar is granted admission to practice law in Florida and Venezuela. He is a graduate of the University of Miami School of Law (Juris Doctor & L.L.M. in Taxation, December 2017), the Universidad Central de Venezuela Specialization in Taxation (with honors, December 2005); Leiden University, The Netherlands (Advanced L.L.M. in International Taxation, August 2003); and the Universidad Católica Andrés Bello, Caracas, Venezuela (Título de Abogado, October 1999).

He is a member of the Tax Section of the Florida Bar and of the International Fiscal Association, and speaks English and Spanish.